How Climbing Ropes Are Made?

Learn how ropes are made, some history, and why it all matters.

Crux Range is reader-supported. When you buy through links on our site, we may earn an affiliate commission.

What are climbing ropes made of that allows them to take a beating and catch a full human mid-flight over and over?

Well, we were wondering the same thing so we looked into the process of making climbing ropes, and it is actually pretty simple.

Want to know how climbing ropes are made and what they are made of?

You are about to find out!

How Climbing Ropes Are Made

Without climbing ropes, the sport of rock climbing as it is today would be impossible.

Did you know that most brand new climbing ropes have a breaking strength over 2000 kilograms (more than most vehicles weigh)!?

Basically, with the right system, you could haul your #vanlife camper vehicle extraordinaire up to Peanut Ledge with your poop-tube and some margaritas for a night of vertical comfort.

Maybe not. But, climbing ropes are pretty darn strong. Which leads to the question, what makes them so strong?

We were wondering that too. So we thought we would do a little digging and help answer these age-old questions:

What Are Climbing Ropes Made Of?

Climbing ropes are made of synthetic Polyamides. There are many different types of polyamides, both synthetic and non-synthetic.

The material used to make ropes—a synthetic polyamide—is most commonly known as Nylon.

Nylon changed everything from clothing to rigging and was patented by DuPont in 1935. By the 1940’s people had started using nylon in climbing ropes.

Polyamides can be made from a material called Caprolactam or from Oil.

Nylon comes in many different types which are number coded—Nylon 10, Nylon 10.10, Nylon 6, etc.—but the type of nylon used for most climbing ropes is Nylon 6.6 or Nylon 6.

If you are interested in geeking out on the chemistry, the chemical formula for Nylon 6 is:

Due to its strength and stretch properties, while also being extremely light, nylon is an ideal material for making strong-dynamic climbing ropes.

This material is made into tiny fibers that are spun into threads which are then spun into strings and so on.

As we will discuss in more detail below, both the core and sheath of a rope are made of the same nylon.

Depending on how nylon is woven together it will have different properties.

Abrasion resistance and durability for example with a sheath material. Strength and stretch for a core material.

More on this later.

First, a momentary glance behind us.

It Wasn’t Always This Way: A quick history of sketchy pre-nylon ropes

As mentioned above, DuPont first patented nylon in the mid-1930’s. Not long after, sometime in the 1940’s, nylon saw its first cliff face.

Before this era, ropes were generally made from plant-based materials braided into cords like this:

In early times, ropes were made of woven grasses or vines.

Later the fiber of Hemp plants was used. Most ship ropes like the ones in Pirates of The Caribbean were made from hemp dipped in tar.

While they weren’t all bad, fiber and hemp ropes had some critical draw-backs.

Old Ropes Were Not The Best

First, they were heavy.

For example, it was estimated that a single sailing ship in the 1800’s might have required over 50,000 Kilograms of hemp rope.

Part of what gives modern ropes their strength is their ability to stretch.

This stretch distributes force, which in turn increases strength (more or less).

During climbs it was not at all uncommon for these heavy unforgiving ropes to break with a fall or when weighted over edges.

Third, they were very annoying to handle.

Because all ropes were braided they would coil dramatically and cause spin when suspended.

So, as per usual, someone combined the past with new technologies to make something better.

In 1935 DuPont unleashed nylon unto the world.

By the 40s nylon was being used in all kinds of ropes. And, in 1953 Edelrid developed the first ‘Kernmantel’ rope which revolutionized ropes for use in falls.

Today, Edelrid still makes some of the best climbing ropes out there. Tommy Caldwell is an Edelrid ambassador and uses their ropes.

With the use of nylon Edelrid was able to create a strong core surrounded by an abrasion-resistant sheath.

When combined in this way Kernmantel ropes were much more dynamic and durable, making them both stronger and safer.

The Kernmantel was released to the public in 1964. Edelrid continued innovating and by 1966 they had released the first dry rope.

Today, practically every single climbing rope out there is a kernmantel rope.

How Are Climbing Ropes Made?

Ok, now we know what climbing ropes are made of and where they came from. Let’s get into the cool stuff!

We are going to go in-depth about how exactly climbing ropes are made step by step:

For a visual lesson, watch Adam Ondra take you on an informative tour of the Tendon rope factory:

As mentioned previously, all ropes start out as tiny nylon fibers.

These fibers are spun up together into yarns. Next, multiple yarns are spun together to form larger strands.

Every part of the process is done under tension. As such, the strands are spun under tension onto large spools called ‘packages.’

These strands will become the core of the rope.

Next, the nylon needs to be heat treated.

The packages are un-spooled into loose ‘skeins’ (basically neat piles).

By un-spooling the strands the heat is able to penetrate the fibers more evenly and effectively.

In most manufacturing this part of the process is done in a giant autoclave that looks like this:

Beal uses its own method for this step. Putting the loose strands through a pressurized heat process that accomplishes the same thing in 2 minutes versus the usual 2 hours.

During this process, the structure of the fibers is altered as they shrink into themselves.

Heating of the nylon is what gives it the necessary stretch and recoil that is critical for rock climbing ropes.

Nylon in its natural state is hydrophilic, meaning it likes to absorb water.

Studies show that a wet rope can lose anywhere from 20-50% of its strength or more. So, keeping your rope dry is important. Keeping the core, the most critical part of your rope dry is essential.

Watch a wet rope being fall tested in the video below:

The wet rope breaks much easier than a dry rope. This is why ‘dry’ ropes are generally considered higher quality.

After being heat-treated the strands that will become the core are run through an impermeability or impregnation bath where they are treated with chemicals to help repel moisture and dirt (the sheath is treated later in the process).

Anyone heading out for a mountain or alpine route should be using a dry rope if they want a higher degree of safety.

The majority of the force exerted on a rope is absorbed by its core. It is estimated that the core accounts for ~80% of a rope’s strength.

After being heat-treated, nylon strands are spun into thicker strands.

Multiple thicker strands are then spun together followed by their spinning with other thick strands.

Much of a rope’s strength is determined by how its strands are spun together.

Rope fibers are spun tighter or looser or in one direction or both.

All of this is taken into account when designing a rope for a specific use.

For most dynamic climbing ropes the core consists of multiple thick strands each spun in different directions.

Spinning in different directions helps prevent the rope from twisting, especially when weighted or hanging.

When you fall or hang on a well-made rope you don’t spin is space. Instead, the tension is neutral and your weight hangs evenly.

This is a direct effect of how the core is put together.

That colorful outer shell that takes a beating is made of the same nylon as the core.

Sheath strands are treated and dyed to have a rougher feel.

Strands are then woven into long loosely knitted tubes.

Those tubes are then heat-treated, un-sewn, and put onto spools under tension.

Your sheath accounts for ~20% of the rope’s strength and is a key factor in protecting the all-important core.

Depending on the type of rope you have and it’s intended use, the percentage of the rope made up of sheath will vary.

This is called the ‘sheath proportion’ or ‘percentage of sheath’ and will be referred to in the manufacturers’ specifications on most ropes.

In most cases, higher sheath proportion will also mean a thicker-heavier rope.

Putting It All Together

Next, the core strands and sheath strands are again set under tension as they are woven together in the desired configuration.

The entire rope is then run through another impermeability bath to treat the sheath for water repellency.

Once the rope is complete a section is sent for standardized safety testing with the UIAA.

The standard testing process (for a single rope) consists of tying off a 9-foot section of rope to an 80 kg (176 lbs.) weight which is then dropped straight down from 15 feet above the rope.

Drops continue until the rope breaks.

Both drops endured, and impact force, are recorded.

To pass the test a rope rated for single use must:

The forces exerted in a testing lab are generally much higher than would occur in an actual climbing situation.

Remember, the number of falls listed on ropes label does not necessarily correlate with strength (i.e. more falls before rope breakage doesn’t imply a stronger rope).

After receiving a passing mark and their fall rating a rope is then ready to be cut to the desired length, labeled, and packaged.

To summarize, modern climbing ropes are made of nylon in a Kernmantel formation invented by Edelrid mid-20th century.

Nylon is stretchy and strong.

Ropes stretch and strength depend on how the strands are heated and wound during the manufacturing process.

The core accounts for ~80% of rope strength.

Sheaths are the strong outer shell. They can vary in thickness and density.

Nylon ropes lose a considerable amount of strength when wet so dry treated ropes are best.

Testing is standard on each rope length before being released for sale.

Well, this has been another installment of Now You Know!

If anyone ever asks, “Hey, what do you think climbing ropes are made of?” You will be ready with an in-depth answer because now you know.

So get out there, rope up, and take some whippers!

Home » Blog » How Climbing Ropes Are Made? 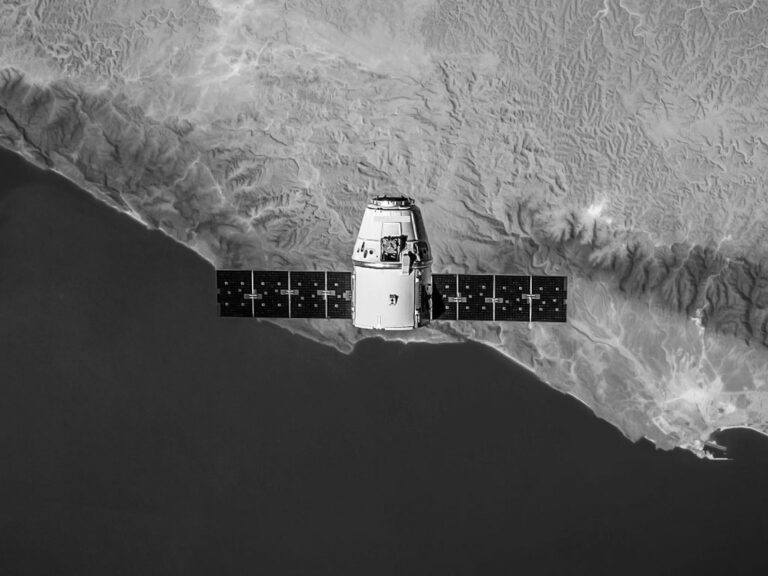 How To Choose The Best Satellite Messengers In 2022

Keep in touch, get emergency help, track your route, and even check the weather with the best satellite messengers. 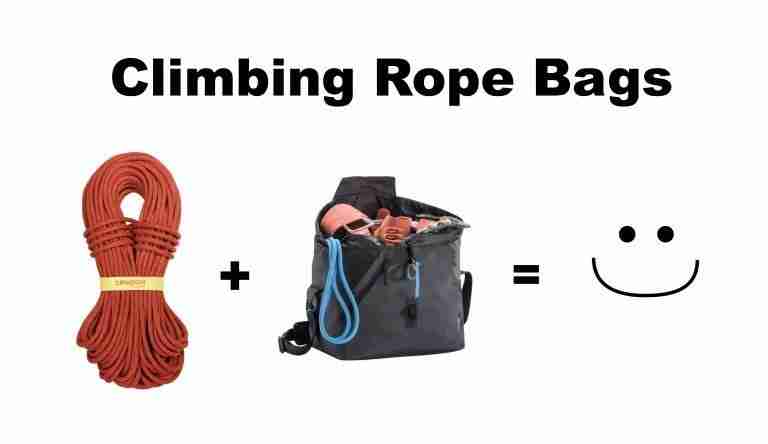 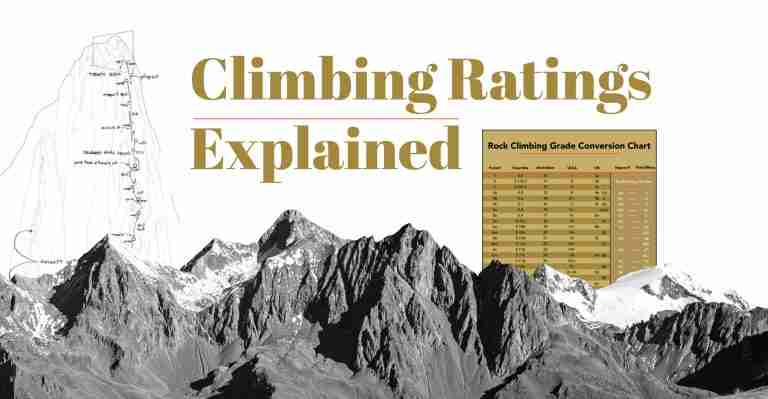 How To Choose The Best Satellite Messengers In 2022

Keep in touch, get emergency help, track your route, and even check the weather with the best satellite messengers.

Read More »
All posts
We use cookies to optimize site functionality and give you the best possible experience. By using this site, you accept our use of cookies.
Do not sell my personal information.
Cookie SettingsAccept
Manage consent

This website uses cookies to improve your experience while you navigate through the website. Out of these, the cookies that are categorized as necessary are stored on your browser as they are essential for the working of basic functionalities of the website. We also use third-party cookies that help us analyze and understand how you use this website. These cookies will be stored in your browser only with your consent. You also have the option to opt-out of these cookies. But opting out of some of these cookies may affect your browsing experience.
Necessary Always Enabled
Necessary cookies are absolutely essential for the website to function properly. These cookies ensure basic functionalities and security features of the website, anonymously.
SAVE & ACCEPT